SPITZKOPPE - THE RED GRANITE OF NAMIBIA

Random US – Major lines climbed by Niccolò Ceria from his latest trip to the US. 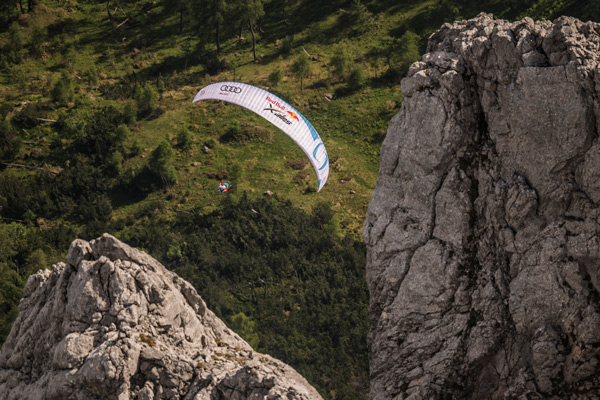 An exhausted French rookie athlete Maxime Pinot arrives at Turnpoint 13 to claim second place while the rest of the pack pulls a Night Pass to give it one last 24-hour push.

He started the race as a hotly tipped athlete who had the potential to take the Red Bull X-Alps crown. Maxime Pinot, 27, lived up to that promise today after becoming the second athlete to reach the final Turnpoint of Peille, overlooking the city-state of Monaco.

He arrived at the Turnpoint at 9.22am with his supporter Jérémie Lager and extended support crew, who walked the last kilometers with him through the twisting roads that characterize this part of southern France.

Having pulled a night pass, he was able to avoid the worst of the scorching heat currently being felt across this area where the Alpes Maritimes roll into the sea.

Looking exhausted but elated, he said: “I feel a lot of emotions. I’m super happy to be here and proud of the team and myself. The race was even more crazy than I expected. I’m tired but I have no injuries.” He added: “For sure I will be back for the Red Bull X-Alps in two years.”

The clock stops in Peille and his official time is 9d, 21h, 52m. But he doesn’t complete the race until he has made the symbolic flight down to the sea, which will happen this evening.

Chrigel Maurer (SUI1) was the first Red Bull X-Alps Athlete in 2019 flying down into the epic scenery of Monaco.

For the rest of the athletes, the countdown has now started on the last 24 hours of the Red Bull X-Alps, which ends midday tomorrow. Nearly every remaining athlete with one to play has pulled a Night Pass so they can hike all through the night.

‘It’s going be full-on,” said the race co-founder Ulrich Grill. “We will see the fight for the 3rd place podium while 16 Night Passes have been pulled. The last 24 hours are going to be as exciting as the race has ever been.”

Paul Guschlbauer (AUT1) and Benoit Outters (FRA1) are currently fighting neck and neck for third place, just 70km west of Peille. They spent the morning hiking together before launching at lunchtime from near Saint André-les-Alpes. Their hope is to make as much ground as possible in the air and are expected to arrive on foot this evening. Guschlbauer has pulled a Night Pass, meaning he has the advantage if they’re not able to make the Turnpoint by 10.30pm.

Be sure to follow all the action on Live Tracking at www.redbullxalps.com