Montagu Bolting Fund Raffle – And the winner is . . . 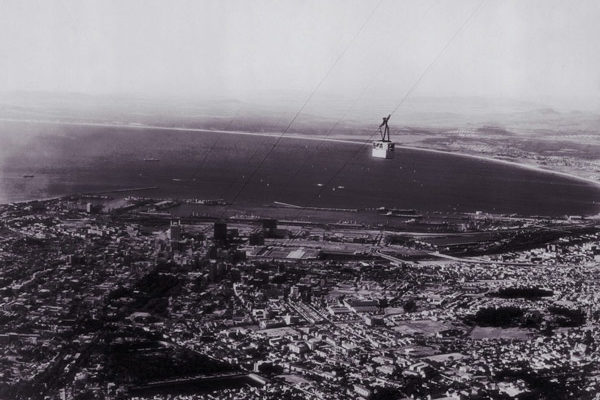 Table Mountain – the mother who keeps the city within her grasp – a timeless, world-renowned icon. Famous for its table-like shape, it overlooks the City of Cape Town in all its glory, boasting picturesque views and an incredible range of endemic fauna and flora.

The Unesco World Heritage Site is steeped in rich history and symbolism. Over the centuries has been revered by the Khoi-speaking people, European settlers and still today the many travellers that travel to our shores.

Table Mountain is a leading tourist attraction that draws countless international tourists, local visitors and hiking groups to it, forming part of the Table Mountain National Park and one of the New7Wonders of Nature.

According to Wahida Parker, Managing Director at Table Mountain Aerial Cableway Company, Table Mountain belongs to everyone and should act as a reminder for all of us to celebrate our heritage as a nation – one that is filled with culture, tradition and diversity.

Table Mountain is estimated to be over 200 million years old with some rocks around the base estimated at 500 million years old. It has helped shape Cape Town and South Africa’s history, tracing some of its roots back to the Stone Age where finding of rock cutting tools and axes were discovered in Kirstenbosch Gardens.

To the indigenous people of the Cape, the Khoi, Table Mountain was known as Hoerikwaggo, meaning ‘mountain in the sea’ – more inspiring than ‘Table of the Cape’. The Khoi and San people were also some of the first inhabiting tribes that the British encountered when they made their journey South who believed that the mountain was sacred because their god resided on it.

Before the cableway was built, the only way up Cape Town’s iconic mountain was by foot – a climb undertaken only by adventurous souls. By the late 1870s, many of Cape Town’s more prominent citizens had suggested the introduction of a railway to the top.

According to Parker, the cableway’s history dates back to the 1870s when there were proposals to build a railway along the mountain’s slopes to make it easier for the public to reach the summit.

She explains that, although the initial plan was to build a funicular railway, the development phase of the project was halted by the advent of the First World War. “There was little movement until 1926, when Norwegian engineer, Trygve Stromsoe, proposed the construction of a cableway.”

Since its official opening on the 4th October 1929 to much fanfare, the cableway has since undergone three major upgrades and regular maintenance over the years. Today, the Table Mountain Aerial Cableway is a feature of the famous landmark that many are accustomed to seeing.

It was also recently nominated in the leading tourist attraction in Africa and the Indian Ocean category of the 2020 World Travel Awards, having been awarded the same title in 2019.

“As we slowly start to welcome visitors back to our country and the Mother City, we are excited to see people come back and explore the magnificence that the mountain has to offer. Table Mountain is part of who we are as a nation – it is part of all of our heritage,” Parker concludes.

Table Mountain Aerial Cableway Company (TMACC) has been providing visitors with a world-class experience since October 4, 1929. The company operates in a National Park and World Heritage Site. The mountain’s magnetism has a way of drawing people in, compelling them to reach the summit. But getting to the top was not always the effortless trip it is today. For more information, visit www.tablemountain.net