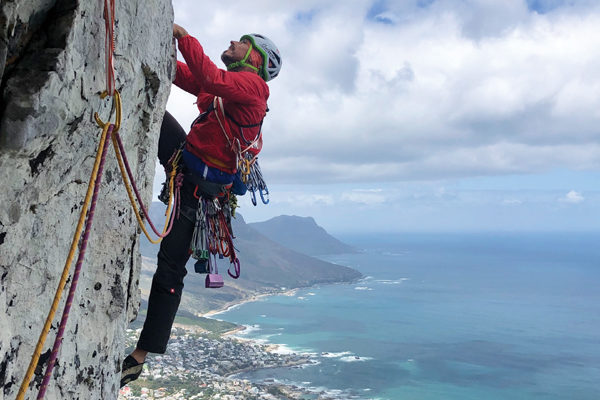 How does the ‘modern climber’ pay homage to a classic route opened more than six decades ago by visionary mountaineers Professor John ‘Tapeworm’ Grindley and Doctor Bill ‘Capsize King’ Turner?
One simply has to climb it. Repeat it and climb it yet again!

Situated on the Clifton Sector of Lion’s Head, it was this route that inspired much excitement and adventure, as well as many new routes being opened in the 1950s all over the Lion.
The first time I mentioned climbing on Lion’s Head many climbers recommended this classic. And my first taste of Clifton Crest was on a Lead Climber training course with Tony Lourens, early December 2019. A frosty north-westerly was blowing, and high cloud was coming in from the sea. We started out from the Tea Cave Ledge as is the modern way of climbing the route today. The first three pitches below the tea ledge are not climbed that often anymore due to less than perfect rock.