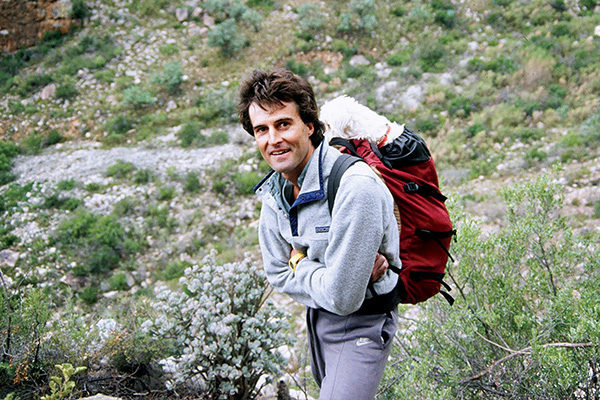 David’s baton is particularly well used and it was never going to be easy for anyone to carry on in his style, especially as only his close friends and family know how busy he’s always been. Listing his climbing exploits is probably numerically impossible, but all of us lucky enough to be close to him have an endless supply of stories.
When he was still at school he used to come around to my house, which was where long country routes were planned for a while. As is common in many bright people, David had mild dyslexia and I soon found out that he wasn’t concerned about things like the direction of loading gear. He’d just pop a wire in every now and then, climbing on like a busy sparrow. His mother would phone me to ask, ‘Is he safe with all this climbing?’ I had to assure her he was, but it did cause me some sleepless nights. I was nearly kicked out of the Mountain Club for allowing school kids to lead pitches. It was against some rule at the time.