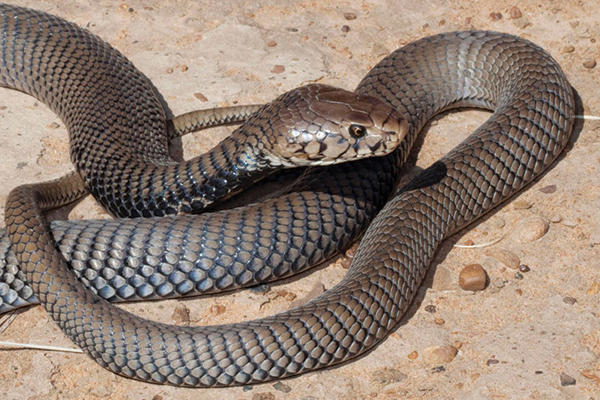 Last week a female in a group spending the holidays at the Waterval Boven rock climbing sport crags was spat in the face by a snake and got venom in the eye. She was assisted by bystanders to rinse her eye and helped to the nearby campground. She was then taken by ambulance to a hospital in Middleburg and later on transferred to Pretoria. Although MSAR was called and assisted remotely, it was faster to refer the call to paramedics from Swift Emergency Medical Services which sent an ambulance.

The snake was not identified but based on where it took place and snake activity in the general area it is likely that it was probably a Mozambique Spitting Cobra. It appears that shortly before the incident a climber cleaning a route in the immediate area saw a snake and backed away. A short while later a female that was walking on the path at the base of the cliff faces to re-join a group of climbers climbing at the crags was spat in the face and got venom in her eyes and mouth. She shouted for assistance.

Snakes generally avoid confrontation with humans and would in most cases silently slip away when becoming aware of approaching humans but we speculate that in this case the snake might have been trapped between the cliff face and the patient, felt threatened and defended itself by spitting.

Although it is fairly uncommon to hear of climbers being injured directly by snakes and other wildlife, it is one of the objective natural hazards that climber face, even when at crags such as this one which is in a peri-urban area close to roads, houses etc. where there is a fair amount of human activity. We, therefore, advise climbers be vigilant and remain aware of objective hazards such as wildlife, rockfall, quick-changing weather etc. when in the mountains. Inquire beforehand from locals with area knowledge about what hazards may be encountered and take whatever measures appropriate to avoid/limit your exposure to these hazards. The concept of “keeping your head on a swivel” is a useful analogy when in the mountains: look around you, up and down and remain aware of what happens around you at all times.

We also remind climbers to keep emergency contact details as well as medical aid/insurance details on your person when in the mountains but also with someone in your group that you trust. The value of your climbing partner keeping or having access to your personal details when you are incapacitated and need urgent evacuation cannot be stated enough.