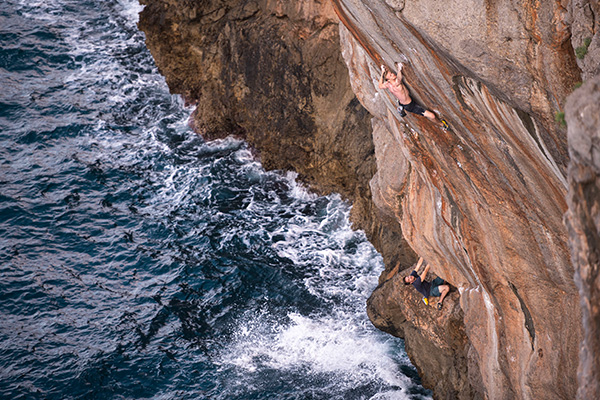 Austrian power house, Jakob Shubert, fresh from Olympic medal glory and also from being crowned Lead World Champion a month later, has made the first repeat of Alasha (9a) and the third repeat of Es Pontas (9a+), making him the first to repeat both routes, all within the space of a week. Both DWS climbs were put up by Chris Sharma in Mallorca (Es Pontas in 2006 and Alasha in 2016).

This is what he said about his send of Alasha . . .