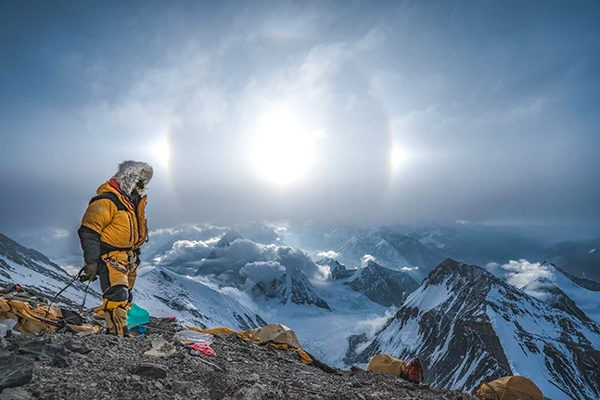 29 May 1953, Edmund Hillary became the first person to reach the summit of Mount Everest. In honor of that, National Geographic announce their upcoming special, Lost On Everest, which shines a light on one of exploration’s most perplexing mysteries: What happened to the great explorers Andrew “Sandy” Irvine and George Leigh Mallory, who set out on June 8, 1924, to summit Mount Everest?

Check out the interview with National Geographic photographer Renan Ozturk by Channel24 – “I think the unseen challenge to a lot of these type of expeditions, Everest expeditions, high-altitude 8 000m-peak expeditions, is just altitude. It’s something that’s really hard to explain to anyone in an article or even in a film,”

IMAGE: Renan Ozturk remains on the mountain after the rest of the team descends. (Photo: National Geographic/Renan Ozturk)