Pirate of the Caribbean 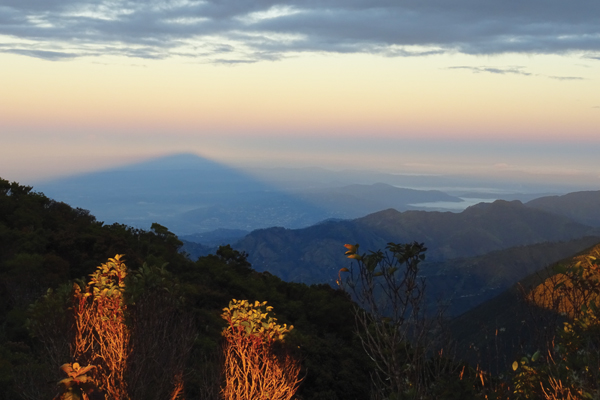 Great mountaineers have great projects: think Nims Purja and all 14 Himalayan giants in seven months; Ueli Steck and the 82 major peaks in the Alps in one summer; Matt Holt and the three highest mountains in the Caribbean.
The Caribbean? I hear you ask. Well, although this sprawling sickle of over 7,000 tropical islands isn’t widely known for thrilling spires and classic lines, there are some surprisingly rugged humps in its hinterlands. And if you’re also wondering why three and not, say, the big five or magical seven? Well, you can’t spend too long in beach bars claiming to be a mountaineer before cynics start sniggering.

Blue Mountain, Jamaica (2,256 metres)
The jeep slewed up the rutted donga that claimed to be the road to Abbey Green. My wife, Fiona and I were headed into the Blue Mountains, which rise steeply out of gritty Kingston and dominate the eastern end of Jamaica. The source of James Bond’s favourite coffee, in the 18th century this mountain range provided sanctuary to runaway slaves led by Granny Nanny, who defeated the colonial British troops, founded a settlement (Nanny Town), and is now an official National Hero. More pertinently for us, it contains the country’s highest peak, the eponymous Blue Mountain.
Innards rattled and heads bruised, we bounced to a halt at Jah B’s Guest House, which looked half rustic, half urban and half built. We were greeted by the Jah B himself, who had a grey beard and twinkling eyes; was aged somewhere between 40 and 70; and was almost my height, if you included the custard-coloured turban sheathing his coiled dreadlocks.