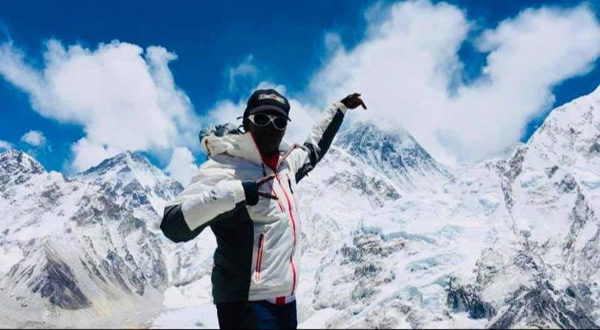 South African climber, Saray Khumalo successfully completed her descent from the top of Mount Everest just over two days after climbing the mountain.

This is her fourth time after her previous attempt failed. One was in 2015 when an earthquake struck Nepal.

Khumalo arrived at base camp on Saturday afternoon after making history as she became the first African black woman to summit the iconic mountain.

Two of her climbing partners died during the descent which dampened celebrations.

Saray Khumalo has raised more than R100,000 in pledges for disadvantaged students.