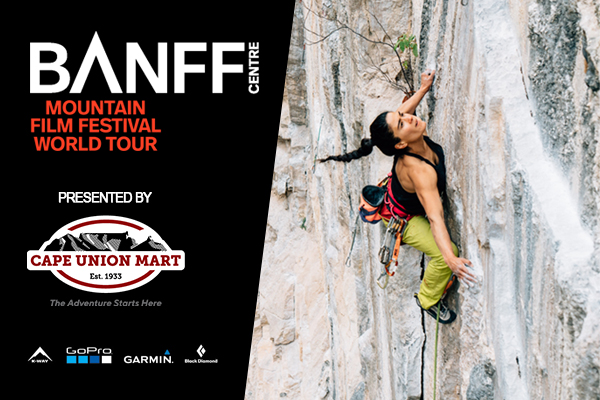 A night of stars, under the stars

The BANFF Centre Mountain Film Festival is back for the 17th year, showcasing action-packed, adrenaline-pumping short films by some of the most exceptional and innovative talents from around the world. Brought to South African shores by Cape Union Mart, this year’s screening promised to inspire, excite and even incite a much-needed adrenaline rush.

As one of the largest mountain festivals in the world, adventure filmmakers, outdoor heroes, athletes and thrill-seekers submitted their journey of adventure, exploration, mountain culture, and the outdoors through film. To get into the spirit of adventure, Cape Union Mart invited top-tier media, influencers and adventurers to live vicariously through some of the world’s bravest and most talented filmmakers at an exclusive screening of the BANFF Centre Mountain Film Festival. Hosted at the acclaimed and beautifully located Galileo Open Air Cinema in Cape Town, guests were treated to some of the best adventure films from across the globe. This included the debut of the Cape Union Mart Adventure Film Challenge (AFC) winning films for 2021 ‘Bring It’ by Luke Apteker and ‘A World Imagined’ by Zandile Ndhlovu, aka, The Black Mermaid. Off the back of her inspirational winning entry, Zandile was also given the opportunity to MC the South African leg of the BANFF Centre Mountain Film Festival in Cape Town.

In addition to being granted an all-access pass to some of the best of what the BANFF Centre Mountain Film Festival has to offer, the event was also significant as the first in-person media screening to take place since the start of the pandemic. Odile Hufkie, Marketing Manager at Cape Union Mart, adds, “Last year we had to look at virtual options for the media screening, but were thankful to be able to look at exciting venues this year and decided to go with Galileo Open Air Cinema in Cape Town. Not only is this an incredibly popular and accessible venue for what we wanted to achieve, but its location in the heart of Cape Town, one of South Africa’s most beautiful adventure destinations, made the experience even more memorable. Cape Union Mart’s Sun Cabanas was spread across the field to create the ultimate adventure experience for viewers.” 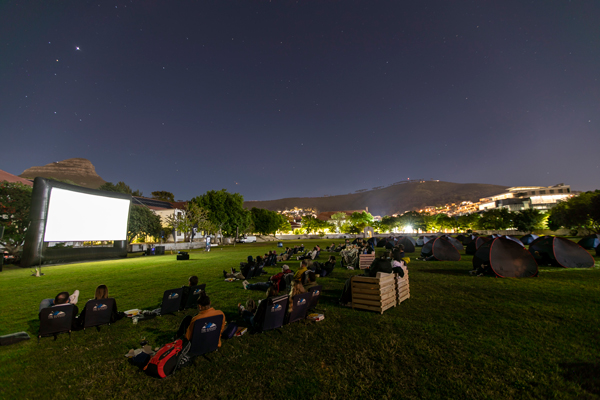 Hufkie shares that the highlight of the festival was the screening of the winning films in the 2021 Cape Union Mart Adventure Film Challenge. “AFC was founded by Cape Union Mart to showcase the best adventure talent South Africa has to offer and to encourage aspiring and established filmmakers to gear up and explore our natural landscapes. By giving our winners, Luke and Zandile, this incredible platform, we hope to encourage and foster the amazing and often untapped talent in our diverse country.”

In addition to Cape Union Mart, this event was proudly sponsored by K-Way, GoPro, Garmin and Black Diamond.

The public will also get the chance to explore and experience some of the world’s most epic adventure sports with a virtual screening, taking place on the 4th and 5th November. This allows everyone to be captivated by a mix of riveting adventure films and cinematic styles, all from the comfort (and safety) of their homes. The virtual public screening will be run in conjunction with Quicket.

“BANFF is one of the world’s most prestigious adventure film festivals, and Cape Union Mart prides itself in bringing it to South Africa every year. The virtual event will give viewers access to the highest calibre of inspirational and authentic stories that showcase an inclusive and diverse range of everyday sports and adventure heroes. We encourage the public to join online to celebrate the cinematic talent of our fellow South Africans,” Hufkie concludes.

Grab your FREE tickets for the online screenings on 4th and 5th November.