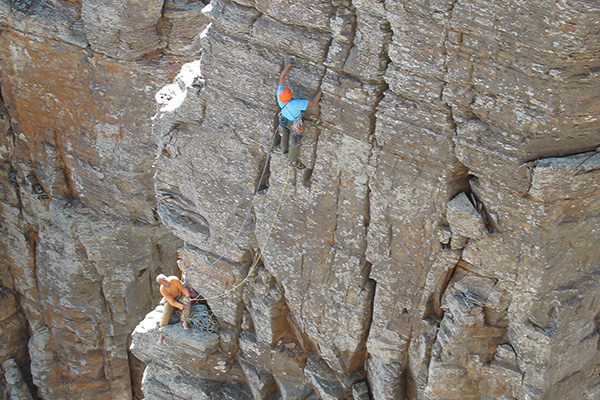 In the Tankwa Karoo and a First Ascent that nearly ended badly.

We shared the same desire. The plum would be the tough and menacing looking line on the south side of the main tower. Having climbed the easier north side of the tower the day before, we knew it would be a demanding two-pitch route. Tinie asked me which pitch I would like to take. I told him that my heart lay with the upper headwall. He said that it was the same for him, but that he would take the first pitch. He would come to regret that decision.
Certain features exert a strong pull for climbers, and none more so than a tower. Consider Britain’s Old Man of Hoy, Tasmania’s Totem Pole and Utah’s Desert Towers. This story involves towers. Beautiful towers of rock. Completely remote and unclimbed.