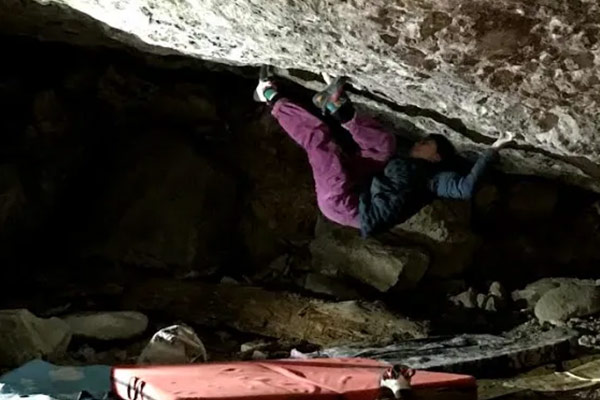 “My moment came all of a sudden,” Japanese climber Mishka Ishi says of her May 3 ascent of Dai Koyamada’s 20-plus move roof problem Byaku-dou, (V15) at Mt. Horai, about an hour outside of Tokyo. “One day the temperature dropped down a little bit and I felt that it was cold enough to give it an attempt. I just jumped on the problem and a few minutes later I found myself screaming on top of the boulder.” At thirteen years old, Ishi is now the youngest person in the world to send V15 and only the third woman to have climbed the grade.

IMAGE: Mishka Ishi working the first part of Byaku-dou (V15), which was first climbed by Dai Koyamada in 2003. Taken by Tamako Ishi