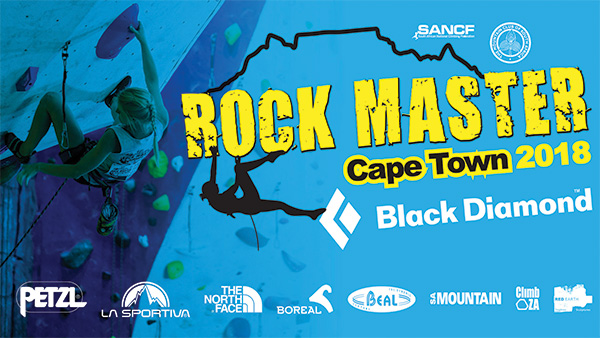 This year’s Rock Master was very different from previous years. Rock Master 2018, the 8th year running, moved away from the regular “Lead Climbing only” format, to embrace the new Olympic format, which includes three disciplines – Speed, Boulder and Lead. And all athletes have to compete in all three . . . and on the same day, which makes for a rather tough competition, as the climbers do not have unlimited time to rest between each discipline.

Starting with Speed Climbing, which is rather new to most South Africans, the climbers adapted well and were racing up the 12 metre, slightly overhanging wall to slap the top to stop the clock. Although much less technical than the Boulder and Lead climbing, the Speed created an exciting platform to kick start the comp and was exhilarating viewing for the spectators, with Angela Eckhardt coming in at 16.78 sec as the “fastest woman” and Dylan Vogt blitzing the wall at a staggering 9.21 sec to take the “fastest man” title.

The bouldering was another story all together – here the climbers had to really use their imagination to figure out the sequences necessary to reach the magical grey square which marked the end hold. With four boulders per climber and four minutes on each boulder, there was quite a flurry of climbers and spectators, as climbers came out and tried to solve each individual problem, making for some spectacular and powerful moves and even more spectacular falls. In the end all four boulders were calculated into the score and Rachelle de Charmoy came away as the top lady and Dylan Vogt as the top man.

Then came the Lead climbing, and the routes in the new City Rock gym were long, steep and pumpy, so we were all set for a good spectacle, and we were not disappointed – the route setters did a spectacular job.­

The ladies and the men both had two routes each to climb and the combined points would be calculated into the score.

The climbers were a little tired at this stage, as they had already climbed Speed and Boulder, but to their credit, they all put in a good fight with Jasmin Pillay taking top score on the ladies route 1. On the men’s first route, the competition was much closer with four of the lads topping out.

This made things all very interesting for the ultimate routes – This time Rachelle de Charmoy managed to just pip Jasmin to the post by half a point to take the lead on the second route, and on the men’s route, David Naude and Katleho Pobe, tied for first place, closely followed by Calrin Curtis and Dylan Vogt.

After all the points were fed into the processor and the right ingredients added, etc the computer declared that Rachelle de Charmoy is the lady’s Rock Master 2018 champ, followed by Angela Eckardt in second place, with third going to Jasmin Pillay. And the men’s gold went to Dylan Vogt, with silver going to David Naude and bronze to Calrin Curtis.

Well done to the podium competitors and all the other contestants at this year’s Rock Master. Thanks for your psych and for making this comp awesome and exciting for the spectators.

A huge thanks also to everybody who helped on the day with belaying, judging, timing, registration and of course the MC, who kept the whole show together. And also to the route setters, for their passion, time and expertise in setting such beautiful and futuristic routes and boulders. It is all hugely appreciated.

To the spectators who came to support the event and Stefan and team for the delicious food, and of course to CityROCK and staff, for the awesome venue and their help with all sorts of stuff.

Then to the all-important sponsors, without whom this comp would never exist. A massive thanks to them for their support and the fantastic prizes they put forward as well.

See you all again next year!!
Be safe in the hills
Tony 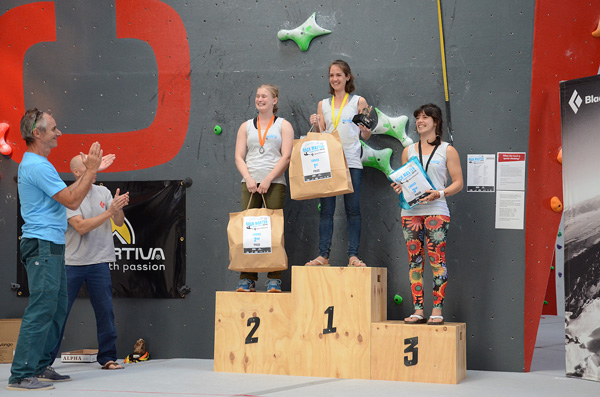 Check out all the pics on our Facebook page.

Next In Memory of Ian Slatem