The 2021 Rocklands season has seen some amazing sends and memorable events that have made this predominantly local season one for the history books! On the 19-20th of June, the first annual Rocklands Rally was hosted. And the psych of the local South African climbers who took to the boulders was incredible!

Saturday at 8 am is when everything kicked off, registration began, memorable t-shirts were sold and the smell of the local community’s Roosterkoek wafted through the De Pakhuys campsite, giving everyone, some sending psych! After coffee, some psyched up cheering and rock music, everyone set off to the boulders, to tackle the ten hardest problems they could send, all based on a handicap system ensuring fairness for all climbing ability levels. While some were aiming to conquer as many boulders as possible, others were trying to finish off old season projects. Tony Flynn being one of them, managed to tick off The Vice, his first 8b, and won the prize for the hardest send of the day!

After a long day of climbing for everyone, prizegiving commenced at the campsite and we celebrated each other’s achievements with much laughter, recollecting the moves on the red rocks.

A big congratulations to the following category winners:

The weekend wrapped up with another, slightly more exhausting and painful session the next day, where everyone climbed until there was nothing left before, making the short trip back to Cape Town to prepare for the next weekend warrior mission! 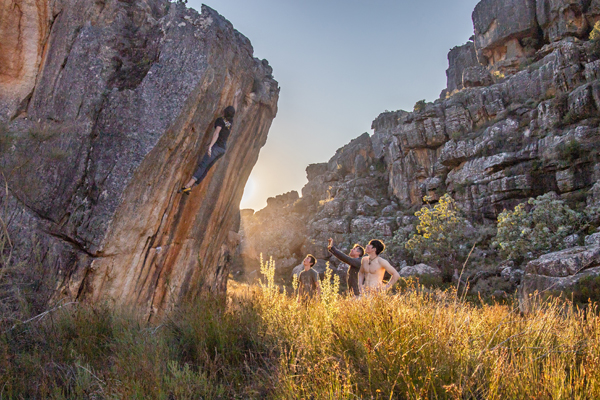 “Throughout the event the energy was electric and the local presence in Rocklands was so refreshing. It was just amazing to see so many psyched South African climbers taking full advantage of some of the most incredible bouldering in the world that we have to offer and I hope we see even more local climbers out here this season!” – David Naude

Apart from the Rocklands Rally, the #rocklandsphotocomp has been in full swing over the past few weeks and both the quantity as well as the quality of the Rocklands imagery under the hashtag has been incredible! There have been some world-class bouldering and landscape photos captured this year and some awesome prizes will be won to the value of R12600 from our partners!

Since the Rocklands Rally, the weather conditions have been incredible, and to my knowledge, has been some of the best Rocklands has consistently seen for the better part of the past 5 years. These amazing conditions, when the rain is at bay, but the cold air and cloudy skies still fill the Pakhuys valley, have lined up for some amazing hard, local sends.

Here are just a few boulders 8a+ and harder that have been sent by locals in Rocklands this season!

However, Rocklands is not just for hard bouldering. People with all climbing abilities can enjoy the world-class, bullet sandstone, breathtaking winter rockpools and golden sunsets that this incredible place has to offer. So, whether you’re a Rocklands newcomer or an old school crusher, everyone will be able to enjoy themselves and take full advantage of one of the biggest playgrounds in the world! 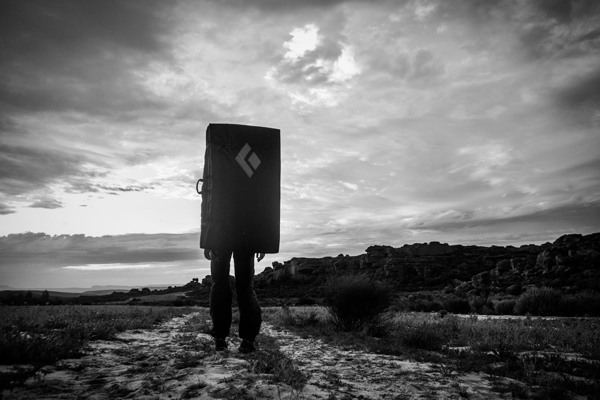 Make sure to check the weather for your next trip up, as it has been a rather rainy season, but when the rain clears and the temperature drops, the Rocklands energy comes alive and the psych is reinvigorated by everybody. Send hard and get out there everyone! May the conditions be on your side and your skin be good!

Mountains are made from rocks