Hilton Davies has had a lifetime of passionately seeking out and creating big, hard, bold trad routes in adventurous places. When we met, he confessed he was done with big missions, and looking to do some easier stuff. And I was a relatively new climber with a fervour for the mountains. We got along quickly, both sharing an ardent love for the peaks of Chamonix, and at heart we shared many values. It wasn’t long before he asked if I wanted to come and check out some new routes with him. Having heard his stories about previous endeavours and remembering a particular story about abseiling off of a thorn bush on Fernwood [Table Mountain], my response was a hesitant “Sure, as long as you don’t make me abseil off a plant” . . . it was no more than a few weeks later when I found myself abseiling down a pretty tricky crack somewhere at the head of Keurkloof from . . . yes, an aloe bush! It took some trust, but I could see that Hilton was, if a little unconventional, very thorough with checking it all out. That and, well there was no other way down. It was the start of many interesting lessons in mountaineering. 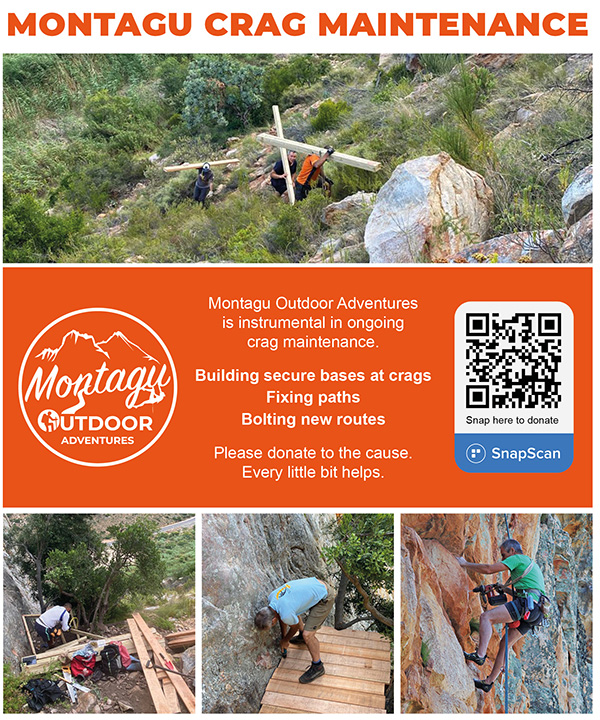